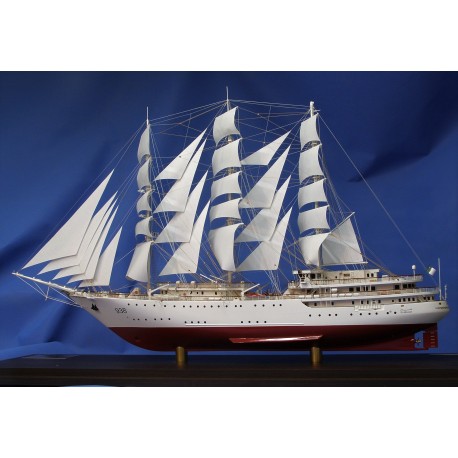 El-Mellah is the largest sailing ship ever built in Poland. It measures 110 meters long, 14.5 meters wide. It has 3 thousands square meters of sails.

(Al-Mallāḥ, sailor) - a three-masted frigate, a school sailing ship built in 2017 at the Remontowa Shipbuilding shipyard in Gdansk, commissioned by the Algierian National Navy.

It was designed by Zygmunt Choreń - the well-known constructor from Gdansk. His most famous designs include "Dar Młodzieży", "Iskra II", "Pogoria", and more recently (2015) STS "Lê Quý Dôn" - a beautiful sailing ship built for the Vietnamese navy.