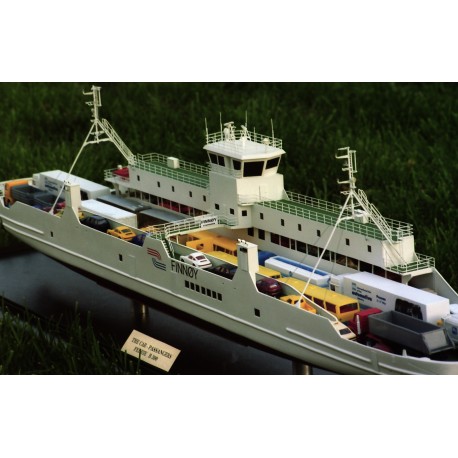 MF "Finnøy" is a Norwegian SKS ferry which is in traffic in Rogaland for Norled. Ferga was delivered from the construction company to Rogaland Trafikkselskap A / S in Stavanger in 1999. It was baptized MF "Finnøy" and entered the southern part of the so-called Middle East. In January 2003, it was transferred to Stavangerske AS. The boat was taken out of Hanasand-Talgje-Ladstein when Finnfast opened on October 30, 2009. In January 2010, Ferga derfig was rebuilt and entered the Høgsfjord Association. In January 2012, the company changed Tide Sjø, the name of Norled.