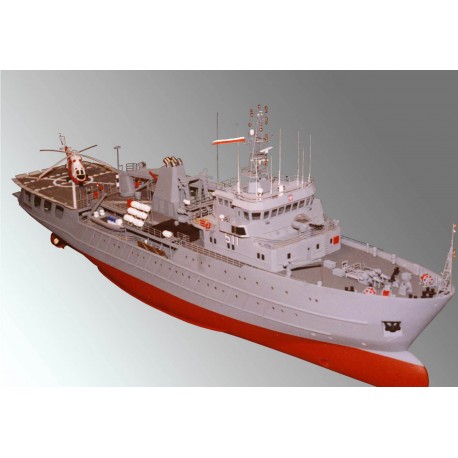 ORP Kontradmiral Xawery Czernicki - a Polish logistic support ship, between 2008 and 2009 rebuilt in the Naval Shipyard in Gdynia as minesweeping forces command ship. It's one of the newest ships of the Polish Navy and one of the few that has been not withdrawn in 2015.